I offered these comments immediately before the Yizkor memorial prayers on Yom Kippur 2020, which took place on the street in front of our synagogue.

Take a moment to ask yourself: who are the currently living famous people for whom you have the greatest respect, who embody the very best of humanity?

Now -- imagine if someone had asked you this question at the beginning of Rosh HaShanah 5780, in September 2019 - the beginning of the Jewish year that has recently come to an end. Who would have been on your list at that time?


I know that my list of the very finest people alive last year at this time, the most deserving of emulation, would have included Representative John Lewis, Rabbi Adin Steinsaltz, and Justice Ruth Bader Ginsburg, all of whom have died in the last few months. I would like to share a brief reflection on each of their lives that can guide us as we go forth into this new year.


Representative John Lewis in his 20s was undoubtedly one of the bravest people alive - you would have to be to be a Freedom Rider, to know you would be surrounded by racists who were offended by your very presence and your very insistence on being treated equally. In 1961 he was the first of the Freedom Riders to be seriously injured, when he was beaten by a mob at the Greyhound Terminal in Rock Hill, South Carolina. (This would be only the first time he was seriously injured as he protested for the opportunity to be treated equally.) In 2009, as a member of Congress, he visited Rock Hill, where the mayor and one of the surviving attackers apologized to him. At that occasion, Lewis said: “I don't hold the town any more responsible than those men who beat us, and I saw those men as victims of the same system of segregation and hatred." Lewis would talk about times when as a Freedom Rider sitting at a lunch counter, white men would pour ketchup and mustard on his head, or even put out their cigarettes in his arm. His response would be to look at them and picture them as infants who were not in control of their actions. This would help him to evoke compassion for them -- both because responding with violence, even though it would have been clearly justified, simply would not have been as effective for the effort to sway American public opinion, and because he genuinely believed that his attackers were victims just as much as he was. We all know his motto: “Get in good trouble”: be a person who is willing to go against the status quo and be brave in pursuit of what is right. May his memory be for a blessing always.

Rabbi Adin Steinsaltz was the greatest Jewish educator of the century. I feel privileged to have met him, just once, though I have benefited from his teaching and writing on almost a daily basis throughout my adult life. Anyone who met Rabbi Steinsaltz was overcome by his learning -- but just as much, by his humility, the way that all the words of praise that were lavished upon him, and the numerous awards he received, truly meant nothing at all to him. He knew that he was blessed with an extraordinary mind and vision and energy, and he regarded it as a gift from God, and he was going to give that gift back to the world -- which he did by making Talmud study accessible to millions of people for whom it would otherwise have been a set of permanently closed books. Maybe surprisingly (and maybe not), Rabbi Steinsaltz was a disinterested and rebellious student in high school, until finally he found teachers who had the patience for him as a student. “Sometimes,” he said, “I tell the children [in my schools] that their job is to make the lives of the teachers miserable by asking them questions and making them study something.” Of the many stories of our tradition, one of his favorites was the story from the Midrash about Abraham smashing up his father’s idol store. He once told an interviewer: “Jewish history,” Steinsaltz said, “basically begins with a naughty boy who went to his father’s business and asked ‘Who cares about this?’ That’s our history.” May his memory be for a blessing always.

And Justice Ruth Bader Ginsburg z’l: So much has been said recently about her brilliance, her ability to excel at a time when women in the American legal profession faced every barrier and there was no expectation that they could possibly advance to the highest levels of the legal system. How long before ascending to the court, she became the person most personally responsible for the strides that this country has made towards women being treated as equals under the law and in society. As a lawyer and as a judge, she embodied the best aspiration of every legal system: that law is the domain of intellect. She famously said: “Reacting in anger or annoyance will not advance one’s ability to persuade.” She was unrelentingly independent and a model of mahloket le-shem shamayim, productive conflicts for the sake of heaven. Before her nomination to the Supreme Court, some progressives were concerned that she seemed to take such delight in fraternizing with her conservative colleagues. Three of the four walls of her Supreme Court chambers were adorned with artistic renditions of the words from the Book of Deuteronomy - צדק צדק תרדוף - Justice justice shall you pursue. May her memory be for a blessing always.


As we approach the Yizkor memorial prayers, each of us turn now to our memories of those who have played significant roles in our lives, making us into the people we are. The three people I mentioned may have been giants -- but hopefully each of us has giants in our own lives, who taught us some of the same values and character traits that these three leaders embodied.

Who taught you to be courageous?

Who taught you to ask good questions?

Who modeled for you what it means to live fully, deeply, and lovingly?

As individuals, as a community, as a nation, and as a world, we face challenges ahead that will demand every bit of Representative Lewis’s courage; Rabbi Steinsaltz’s dogged pursuit of his goals; and Justice Ginsburg’s incisive intellect; amid all their other extraordinary qualities.

In their memories, and memory of everyone we remember today: let us learn. Let us pursue justice. And let us get in good trouble. 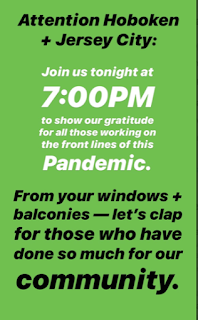