Showing posts from September, 2016
Show all

By RS - September 21, 2016
This summer at Camp Ramah in the Berkshires, I had the great privilege to teach a course called "Hamiltorah" ("חידושי הלמ''מ") -- passages from the Torah and rabbinic literature that illustrate themes from the remarkable musical "Hamilton."  You can find the source sheets at http://bit.ly/hamiltorah .  I created this class together with my friend and co-teacher and great Hamilton fan Hope Levav.  Topics (in Hamilton, and in this curriculum) include the qualities of a leader, leadership transitions, conflict resolution, responses to disaster, sibling rivalry, and planning for the future.
2 comments
Read more 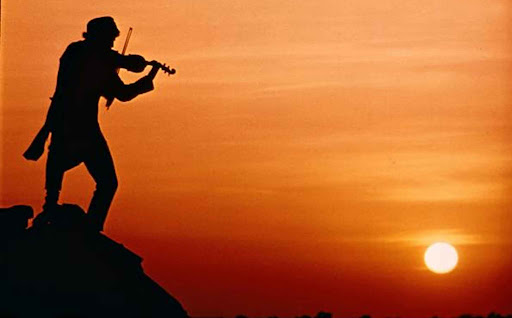 The Judaism Balancing Act adapted from Rabbi Scheinberg’s comments on the 2nd day of Rosh HaShanah 2015 A little more than 50 years ago, some American theater producers were trying to create a new play about about the Jewish experience in Eastern Europe.  This play - hopefully to be Broadway-bound - was to be based on the short stories of the Yiddish writer Sholom Aleichem, and it was to be a musical.  It was felt, though, that the original name of the story series - ‘Tevye the Dairyman’ - would not capture the attention of american audiences in the 1960s.  Just a few weeks before rehearsals were supposed to begin, they still hadn’t figured out the title.  They generated a long list of potential names, including “A Village Story,” “Make a Circle,” “Once There Was a Town”:“To Light a Candle,” “Three Brides and a Man,” “Homemade Wine,” “Not So Long Ago”.   The playwright, Joseph Stein, thought that they should choose “Where Poppa Came From.” But the show’s producer, Hal Princ
Post a Comment
Read more 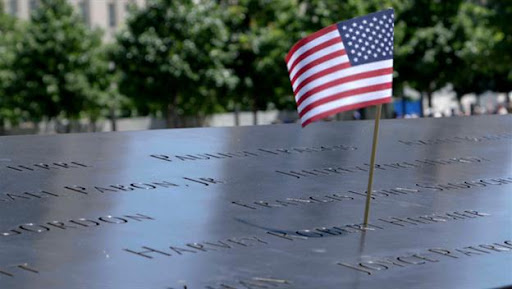 As we approach the 15th anniversary of 9/11, I am posting my remarks to my community in Hoboken NJ on Rosh HaShanah 2001, exactly one week after the attacks. יהי זכרם ברוך -  may the memories of those who were murdered on that day always be for a blessing. ============================================================= The High Holiday services are among the most important opportunities for any rabbi to share a vision and a message and words of inspiration with the Jewish community. As soon as one High Holiday season begins, I start thinking about what topics I’ll want to address the following year. And whereas I am often the kind of person who works down to the wire, this year I was concerned because, as many of you may know, my wife is pregnant, and her due date is on the 2nd day of Rosh HaShanah. So I was faced with - what I thought at the time was - a real crisis - that perhaps I wouldn’t be able to be present for Rosh HaShanah services if she delivered
Post a Comment
Read more

"May you always think of compromise...' ? (Parashat Shoftim)

When I officiate at a wedding, at the ketubah signing or bedeken, I typically encourage the parents to bestow blessings upon their children.  Often, the parents read a blessing in English that I gave them to read.  And one of the lines in that prayer is:  “When you speak with your beloved, may you always know the joy of companionship.  When you see each other, may your eyes be filled with wonder at the miracle of your love.  When you disagree, may you always think of compromise.” You may have noticed that the word “compromise” is a funny word.  I wondered:  what’s its etymology?  It has the word “promise” in it, so it  sounds like it means “promise together.”  I looked it up, and that’s exactly what its etymology is.  The original meaning of the word “compromise” is a promise that is made by two disputants, at the same time, that they will abide by the decision of someone else who is acting as the arbiter of their dispute. The word “compromise” is also unusual in that it is not eas
Post a Comment
Read more
More posts