Showing posts from April, 2018
Show all

"Al Kol Eleh" - "For all these things": Thoughts on Israel's 70th birthday 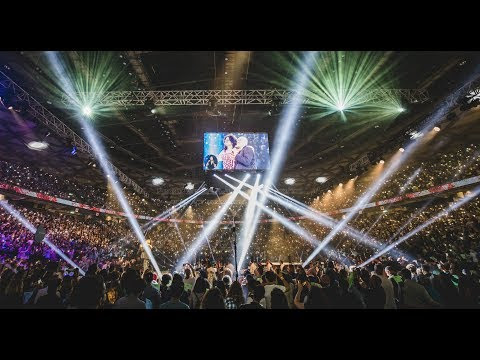 In honor of Israel's 70th Yom Ha-Atzma'ut this week, the organization Koolulam released this video of 12,000 Israelis singing together. In a stadium in Tel Aviv, they learned and performed the vocal parts for the classic song "Al Kol Eleh," "For all these things." If you haven't seen the video yet, you might want to pause to do so before reading the rest of what I have written about it. In 1980, to comfort her sister Ruth on the loss of her husband, the Israeli songwriter Naomi Shemer dedicated a song to her sister called “ Al Kol Eleh ” - “For all these things.”   It has become one of the most popular songs of contemporary Israel. Like many iconic songs, many regard it as hackneyed and cliched.  But there’s a reason why it became such a popular song. It reflects powerfully deep wisdom. The opening words of this song, ‘ Al hadvash ve-al ha-oketz, al ha-mar ve-hamatok ,’ ‘For the honey and the sting, for the bitt
Post a Comment
Read more 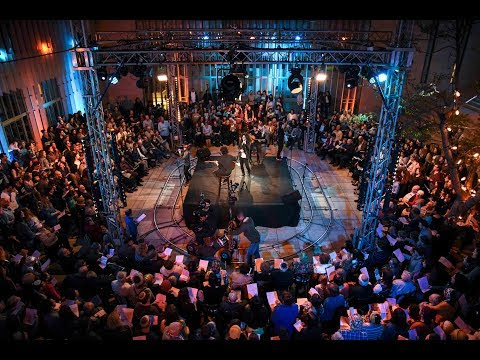 Dear friends, Tonight begins Yom HaShoah, Holocaust Remembrance Day - the day when we remember the effort by the Nazis to obliterate the Jewish people -- and how they nearly succeeded in their diabolical plan, murdering ⅔ of the Jews of Europe, approximately 6 million men, women, and children. The Holocaust continues to exert an influence on the life of our community today, as so many of us have family members who are survivors and so many of us have family members who were killed during that terrible era. (Click here https://www.youtube.com/watch?v=4uK5uz7d-Oo to see a video of how Yom HaShoah is marked in Israel today -- with a two minute siren that brings the entire nation to mournful standstill in tribute to those who were killed.) Tonight and tomorrow, many of us are lighting memorial candles in memory of those who have died. Additionally, many of us will gather on Sunday afternoon April 15, 4pm, at Congregation Bnai Jacob (176 West Side Avenue in Jersey City) for a moving tr
Post a Comment
Read more
More posts