Showing posts from February, 2014
Show all

Who invented the tzedakah box? (For Shabbat Shekalim) 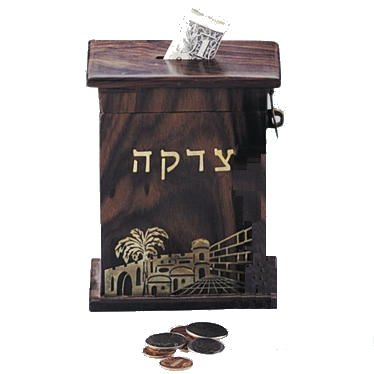 When my oldest daughter was about 1 ½, she was toddling around our home and found a coin on the floor.  Noticing this, we were a little alarmed - coins, of course, are choking hazards, and toddlers should stay far away from them.  We ran over to take it away from her, but we quickly realized we didn’t have to - because she was carrying the coin over to the tzedakah box - the charity coin box into which we drop coins. Then we realized:  weeks and weeks of giving her coins to put in the tzedakah box as we start shabbat each week, were now paying dividends.  Now, when she found some money, her first instinct was to donate it, rather than to spend it. (OK, I have no illusions that this act was an act of real insight and generosity.  But my wife and I were happy that our first introduction to our child to the world of currency and commerce was in the context of using money to help people.) Tzedakah boxes are on my mind because of the story we read in this week’s haftarah.  It
1 comment
Read more
More posts