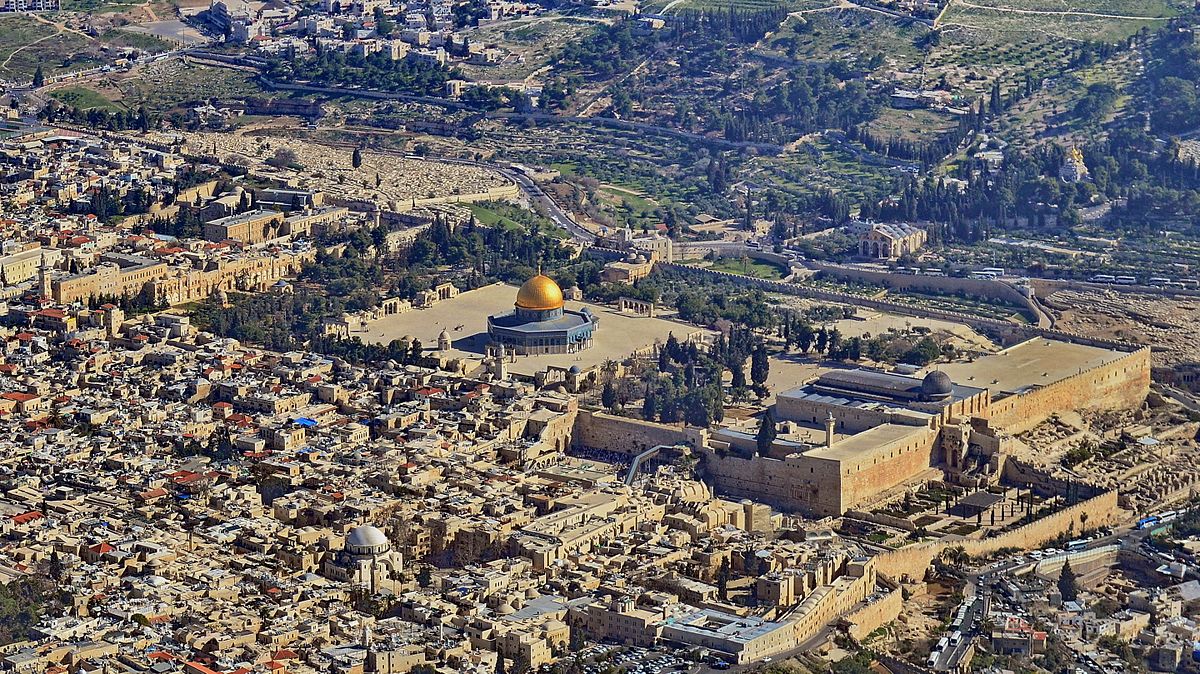 On this 50th anniversary of Yom Yerushalayim, I am reading Michael Oren's history of the Six Day War. (Ok, I'm actually listening to the audiobook.) I am learning more deeply about various details that I had known before but not fully understood or appreciated.
I am learning about the tense atmosphere in May 1967 with escalation of troops and rhetoric from Egypt and Syria and their pledges to destroy Israel once and for all, as well as the USSR's pledge to support Egypt and Syria in this endeavor. I am learning about the US 'Regatta' plan to assist Israel in challenging the blockade of the Straits of Tiran, a plan that the US eventually decided not to undertake because it would entail too much risk for the US.  In other words, at the same time, the US was telling Israel 'you will only be alone if you go it alone,' but also giving Israel no option but to 'go it alone.'
I am learning about the agonizing discussions in Israeli Prime Minister Levi Eshkol's cabinet: do we have to wait for a potentially devastating first strike that we have evidence is being planned by Egypt and Syria and will happen imminently, or can we strike preemptively using the blockade of the Straits of Tiran as a causus belli?
I had not previously known that the most cautious, 'dovish' members of the cabinet - the only ones to vote against authorizing the war, because of discomfort with the first strike approach and the lack of explicit American support - were the two representatives of the National Religious Party, Shapira and Wahrhaftig. (Today, in general, it is rarer for Religious Zionists to take a more dovish position on any issue than secular Zionists do.) I had also not
known about Ben-Gurion’s deep ambivalence and concern about the decision to go to war. Nor had I known that Moshe Dayan, who took a relatively hawkish approach regarding Jordan and the West Bank and Jerusalem, initially strongly counseled against occupying the Golan Heights. What we who follow Israeli politics today think of as ‘hawkish’ and ‘dovish’ perspectives were much more nuanced in the context of the decisions to be made in 1967.
Today is a day to celebrate Israel's endurance and survival and thriving, how 50 years ago it withstood its neighbors' effort to wipe it off the map. Today is a day to celebrate renewed Jewish access to sites that are among the holiest places for Jews - per Naomi Shemer's spontaneous rewrite of her song Yerushalayim Shel Zahav, שופר קורא בהר הבית בעיר העתיקה- ‘the sound of the Shofar [long banned at the Kotel] can be heard at the Temple Mount in the Old City.’
This 50th anniversary is also a time for sober assessment of some of Israel's challenges. I count myself among those who fear for Israel’s future in the absence of a resolution - or at least a much better management - of the Israeli-Palestinian conflict. Of the many complicated aftereffects of the Six Day War, some make such a resolution seem more likely (like Israel’s demonstration that it will not be dislodged militarily and thus must be a Middle East reality to be reckoned with), and some make such a resolution seem more distant (like the effect of generations of Palestinians who know of Jews and Israelis only as the soldiers who control their movements and the details of their lives).
I had the opportunity to learn twice this week from Yossi Klein Halevi, one of my favorite American/Israeli writers and thinkers. In his typical style, he encourages us to live in the tension between two opposing ideas - in this case, to live in the tension between May ‘67 and June ‘67. We must acknowledge both the precariousness of Israel in May ‘67 and the relief and jubilation of June ‘67 - while not getting so caught up in June ‘67 that we forget the enduring human cost of the war on all sides, and not getting so caught up in May ‘67 that we forget that the Israel of today is a regional power that is strong enough to be magnanimous.
For me, per Yossi’s suggestion, Yom Yerushalayim is a day for ‘sober celebration’ - and per the psalms, a day to pray for Jerusalem’s peace and welfare. שאלו שלום ירושלים…. יהי שלום בחיליך, שלווה בארמונותיך. May there be peace in her walls and tranquility in her palaces. למען אחי ורעי אדרבה נא שלום בך. Jerusalem, I pray for peace for you, for the sake of all my brothers and sisters and neighbors and friends. (Psalm 122)
Posted by Rabbi Robert at 6:40 AM 2 comments: Links to this post