My Sukkot Pilgrimage to the Lower East Side

I just bought my Lulav and Etrog on the Lower East Side this morning -- and was thinking of these words that I wrote a few years ago.  Chag Sameach!

NOTE FROM SUKKOT 2014:  This piece is still accurate except that the lulav and etrog scene on the Lower East Side gets smaller with each passing year - maybe 3 vendors rather than dozens. If you want to see dozens, go to Williamsburg or Boro Park. 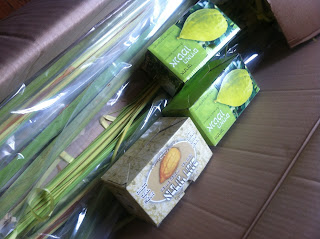 For me, however, there’s really only one way to buy a lulav and etrog.

Almost every year for the last 15 years, a few days before Sukkot, I have gone to the , where, at the corner of and East Broadway, there's a 'lulav and etrog open air market' with dozens of merchants hawking their produce.

For me, this has become part of the tradition, part of what Sukkot is all about for me.  And since I hardly ever go to the Lower East Side except right before Sukkot, there are other necessary elements to this ritual of visiting “the old country,” like buying pickles from that pickle stand made famous in the movie Crossing Delancey, and buying some bialys from Kossar's, and squinting to read the Hebrew letters on the top of the tall building that used to be the headquarters of the Yiddish Daily Forward newspaper.

My annual pilgrimage to the is also a kind of homecoming.  My grandfather, who immigrated to the United States exactly 100 years ago, lived on Eldridge Street, just about 3 blocks from the open-air lulav/etrog market.

When I travel to the as part of my pre-Sukkot ritual, I think not only of where my grandfather lived in childhood, but how he lived.  I feel nostalgic every time I visit the , though I'm nostalgic for something I never actually experienced myself.  When my grandfather lived there, it was the largest Jewish community in the world, over the area of just a few square blocks, where the language of communication was Yiddish, and where an open-air lulav and etrog market would not have been a curiosity, but part of a vibrant organic expression of Jewish culture.  If my grandfather’s stories are to be believed, it was a place where people were always taking care of other people’s kids, borrowing cups of sugar from each other, and supporting their neighbors at difficult times.

Some aspects of these memories are appealing.  But then, I remind myself of everything I can’t be nostalgic for:  the overwhelming poverty, the complete absence of a social safety net, the high level of crime.   Most people, including my grandfather's entire family, including all the children, were employed in the garment industry, working long hours for very little money in inhumane and dangerous working conditions.  The infamous Triangle Fire of 1911, in which nearly 150 garment workers were killed, happened not that far from the Lulav and Etrog open air market.  That tragedy energized the movement for labor safety protections that before that time were nearly non-existent.

When I visit the , it’s equal parts nostalgia for the past, and utter disgust at what my family had to endure in the past.  This is also the paradoxical message of Sukkot.   Sukkot is about remembering where we used to live, and even growing nostalgic for where we used to live, but not losing sight of how perilous it was, how close to the margins of danger, and how thankful we are that we don't live like that anymore.

This, I think, is the reason for the various Jewish laws for how to construct a sukkah.    It's not supposed to be too stable.  You're not supposed to feel too comfortable there.  It can't be too big, or too high, and the roof has to be flimsy enough so the rain and wind can come in.  Each year, it seems that during the first half of Sukkot, the weather is wonderful, and we think, “Living outside isn't so bad! I could get used to this!”  But later in the week, the weather turns colder, and wetter, and we express gratitude that we actually have adequate shelter.   And similarly, our people has much nostalgia for the generation of the desert, the generation that experienced the exhilaration of freedom from slavery, the splitting of the Red Sea, and the revelation at .  But just as we're starting to get nostalgic, we remember the fear, the fighting, the complaining, the illnesses, and the warlike predators, and we don't feel so nostalgic after all.

Dwelling in the sukkah puts us in touch with the experiences of our ancestors.   The lessons of the holiday are incomplete, however, unless they make us more sensitive to the circumstances of people around the world today.  This is one of the reasons why, each Sukkot, the United Synagogue of Hoboken commits itself to raise the funds necessary for the Hoboken Homeless Shelter to function for the week.

This Sukkot, may we strike the right balance between nostalgia for how we used to live, and concern for those who, of necessity, live that way today.