This summer at Camp Ramah in the Berkshires, I had the great privilege to teach a course called "Hamiltorah" ("חידושי הלמ''מ") -- passages from the Torah and rabbinic literature that illustrate themes from the remarkable musical "Hamilton."  You can find the source sheets at http://bit.ly/hamiltorah .  I created this class together with my friend and co-teacher and great Hamilton fan Hope Levav.  Topics (in Hamilton, and in this curriculum) include the qualities of a leader, leadership transitions, conflict resolution, responses to disaster, sibling rivalry, and planning for the future.
Posted by Rabbi Robert at 9:15 PM 2 comments: Links to this post

A little more than 50 years ago, some American theater producers were trying to create a new play about about the Jewish experience in Eastern Europe.  This play - hopefully to be Broadway-bound - was to be based on the short stories of the Yiddish writer Sholom Aleichem, and it was to be a musical.  It was felt, though, that the original name of the story series - ‘Tevye the Dairyman’ - would not capture the attention of american audiences in the 1960s.  Just a few weeks before rehearsals were supposed to begin, they still hadn’t figured out the title.  They generated a long list of potential names, including “A Village Story,” “Make a Circle,” “Once There Was a Town”:“To Light a Candle,” “Three Brides and a Man,” “Homemade Wine,” “Not So Long Ago”.
The playwright, Joseph Stein, thought that they should choose “Where Poppa Came From.” But the show’s producer, Hal Prince, thought that the name should indicate that the play is a musical. Just a couple of months away from the opening, Stein said to Prince, “You just choose anything. I don’t even care anymore.”  Prince looked again at the list and chose “Fiddler on the Roof.”  Stein responded:  “But what does that even mean!??”  But the decision had been made. The title “Fidder on the Roof” had nothing to do with the Sholom Aleichem stories about Tevye the Dairyman; rather, it had to do with the artwork of Marc Chagall, another major influence on the musical; there are two Chagall paintings that show fiddlers on rooftops, and one of them shows a huge fiddler straddling two different roofs, one foot on each roof.  (By the way, there is no particular Jewish tradition for people to play violins on the roof.  Some believe that Chagall’s inspiration for painting fiddlers on the roof was that he had an eccentric uncle who played the violin on the roof.)
The title was chosen out of frustration with everything else on the list.  But in retrospect, no one can doubt that it was clearly an inspired choice that was key to the musical’s success.  The title evokes joy and music, and also precariousness, balancing Tevye’s desire to stay faithful to the traditions of his ancestors and to appreciate his daughters’ new and different ideas of what the world could be.  Tevye tries to take some tentative steps to live with one foot in the world of traditional Judaism  and one foot in modernity, like Chagall's violinist with one foot on one roof and one foot on another.

Fiddler on the Roof is not history.  It romanticizes shtetl life that was so often impoverished, obscurantist, and bleak.  It was created by and large by secular Jews who admired Jewish tradition enough to be nostalgic about it, but not enough to actually want to do Jewish things in their own lives.  As a result, the tremendous popularity of Fiddler on the Roof led many to understand Jewish tradition as something that you would only undertake out of a sense of Eastern European nostalgia and not because any of these traditions are actually meaningful. (Many of us may have had the frustrating opportunity to meet people who think they really understand Judaism because they saw Fiddler on the Roof, and let’s just say that a little bit of knowledge can be a dangerous thing!)

But there is one thing that Fiddler on the Roof absolutely got right:  that being Jewish is, and has always been, about keeping your balance.

Read more »
Posted by Rabbi Robert at 9:10 PM No comments: Links to this post

As we approach the 15th anniversary of 9/11, I am posting my remarks to my community in Hoboken NJ on Rosh HaShanah 2001, exactly one week after the attacks.
יהי זכרם ברוך -
may the memories of those who were murdered on that day always be for a blessing. 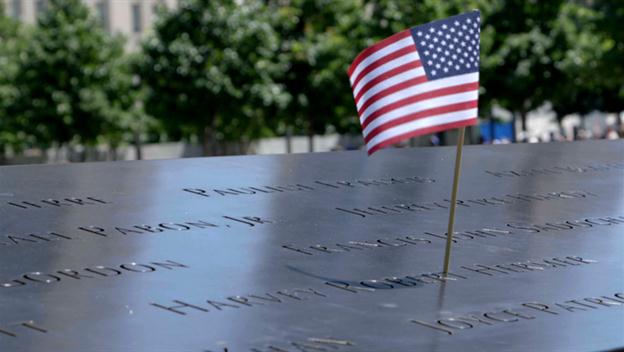 The High Holiday services are among the most important opportunities for any rabbi
to share a vision and a message and words of inspiration with the Jewish community.
As soon as one High Holiday season begins,
I start thinking about what topics I’ll want to address the following year.

And whereas I am often the kind of person who works down to the wire, this year I was concerned because, as many of you may know,
my wife is pregnant, and her due date is on the 2nd day of Rosh HaShanah.
So I was faced with - what I thought at the time was - a real crisis -
that perhaps I wouldn’t be able to be present for Rosh HaShanah services
if she delivered exactly on time,
so I did a significant amount of work on my sermons
well in advance.

Let me tell you that every single thought I was going to share with you this High Holiday season
had to be radically transformed
in the light of  -- of --
well, we don’t even know what to CALL it.
The ‘disaster’?   The ‘tragedy’?  The ‘attack’?
These are mere words that cannot account for one ten-thousandth of what we are feeling right now.
In Israel for the past year, they refer to what is essentially the terror-war being waged by the Palestinians
as המצב ha-matzav - “the situation.”
It’s a conscious understatement, knowing that referring to it as “the disaster” or “the tragedy” will end up reducing those terms.

Almost wherever we are in Manhattan,
we are habituated to using the World Trade Center to orient us -
to help us figure out which way is north and which way is south.
Like many of us here, there have been so many times that I’ve gotten hopelessly lost in New Jersey
And only known which way ‘home’ is
by looking for the tops of those towers and then making an effort to drive in their general direction.

Read more »
Posted by RS at 1:48 PM No comments: Links to this post

"May you always think of compromise...' ? (Parashat Shoftim)

When I officiate at a wedding, at the ketubah signing or bedeken, I typically encourage the parents to bestow blessings upon their children.  Often, the parents read a blessing in English that I gave them to read.  And one of the lines in that prayer is:  “When you speak with your beloved, may you always know the joy of companionship.  When you see each other, may your eyes be filled with wonder at the miracle of your love.  When you disagree, may you always think of compromise.”

You may have noticed that the word “compromise” is a funny word.  I wondered:  what’s its etymology?  It has the word “promise” in it, so it  sounds like it means “promise together.”  I looked it up, and that’s exactly what its etymology is.  The original meaning of the word “compromise” is a promise that is made by two disputants, at the same time, that they will abide by the decision of someone else who is acting as the arbiter of their dispute.

The word “compromise” is also unusual in that it is not easy to tell whether it’s a word with a positive valence, or a negative valence.  On the one hand, when we say, “when you disagree, may you always think of compromise,” the word “compromise” sounds like something wonderful, that that solves conflicts, that encourages agreement and harmony.

But the word “compromise” also has a dark side - like if we say “He had to compromise his principles,” or “She was found in a compromising position,” or “the situation necessitated a moral compromise.”  In all these contexts, ‘compromise’ sounds like something horrible, something you would never want to do if you’re an ethical or principled person.

The best known line from the beginning of that torah portion is tzedek tzedek tirdof - “Justice, justice shall you pursue.”  One of the first things you probably notice about this verse is that the word tzedek - “justice” - is repeated twice.  This leads all the commentators to ask the question:  What do we learn from its repetition twice?  In the Talmud, Tractate Sanhedrin (page 32b), there is a discussion of why the word is repeated twice, and one suggestion is echad le-din, ve-echad lif’sharah.  The first time that the word tzedek is mentioned, that means that you should follow strict justice and should be strongly principled.  The second use of the word tzedek refers to psharah, compromise.

But sometimes the two boats, or the two camels, are both ‘in the right,’ and there’s no obvious choice which one should defer to the other.  In such a case, if you adopt the perspective of strict justice, they both will stay exactly where they are, and neither one will back up, and you have gridlock.  Because of their strong adherence to principle and to justice, neither boat gets where it’s going.  The only way they will actually get where they are trying to go is if they develop some kind of compromise - for example, one camel, or one boat, backs up, allowing the other camel, or boat, to proceed, and then if necessary gives some kind of small compensation to the one who backed up, so everyone is happy (or happy enough).

The medieval commentator Rashi wrote on this section in the Talmud, tzedek din shelach ve-tzedek psharah shelach, lefi re’ot einecha, ve-lo tirdof et ha-echad yoter mei-chavero.  “You shall pursue justice when it’s appropriate, and pursue compromise when compromise is appropriate, and you shouldn’t pursue one of these more than the other.”  In other words, if you are finding that you are always compromising, you may not be sticking strongly enough to your principles.  But if you are finding that you are rarely compromising, then you need to show some more humility.

Sometimes it’s the people who are most deeply principled, who are the most passionate about a cause, and who burn with a passion for justice, who are the hardest to get along with.  Sometimes they have such a strong sense of right and wrong that they have difficulty accepting other people’s point of view, they have problems with anger, and they are generally less effective at promoting their agenda than people who have an easier time reaching a compromise.  And then at the same time, people who are willing to compromise all the time are equally unappealing; they either resemble doormats, or they resemble politicians who have no principles and are willing to say anything to get elected.  (Not that I will admit to having have anyone specific in mind in our American political culture today who embodies either of these paradigms….)  But clearly our political culture is getting more and more polarized, as more and more votes in congress or in state and local legislatures take place strictly along party lines or faction lines, and it becomes rarer and rarer for people to reach across the aisle. and forge alliances or build bridges with natural adversaries.)  And sadly, Israel has also weathered several crises in recent years that have highlighted the difficulties of cross-faction cooperation there as well.

In our personal lives, and in national life in the United States, in Israel, and throughout the world, we pray that leaders will embrace the wisdom of the Talmud, that a recipe for justice involves echad le-din ve-echad lif’sharah, finding the right balance between unyielding attachment to principles, and a willingness to consider compromise.